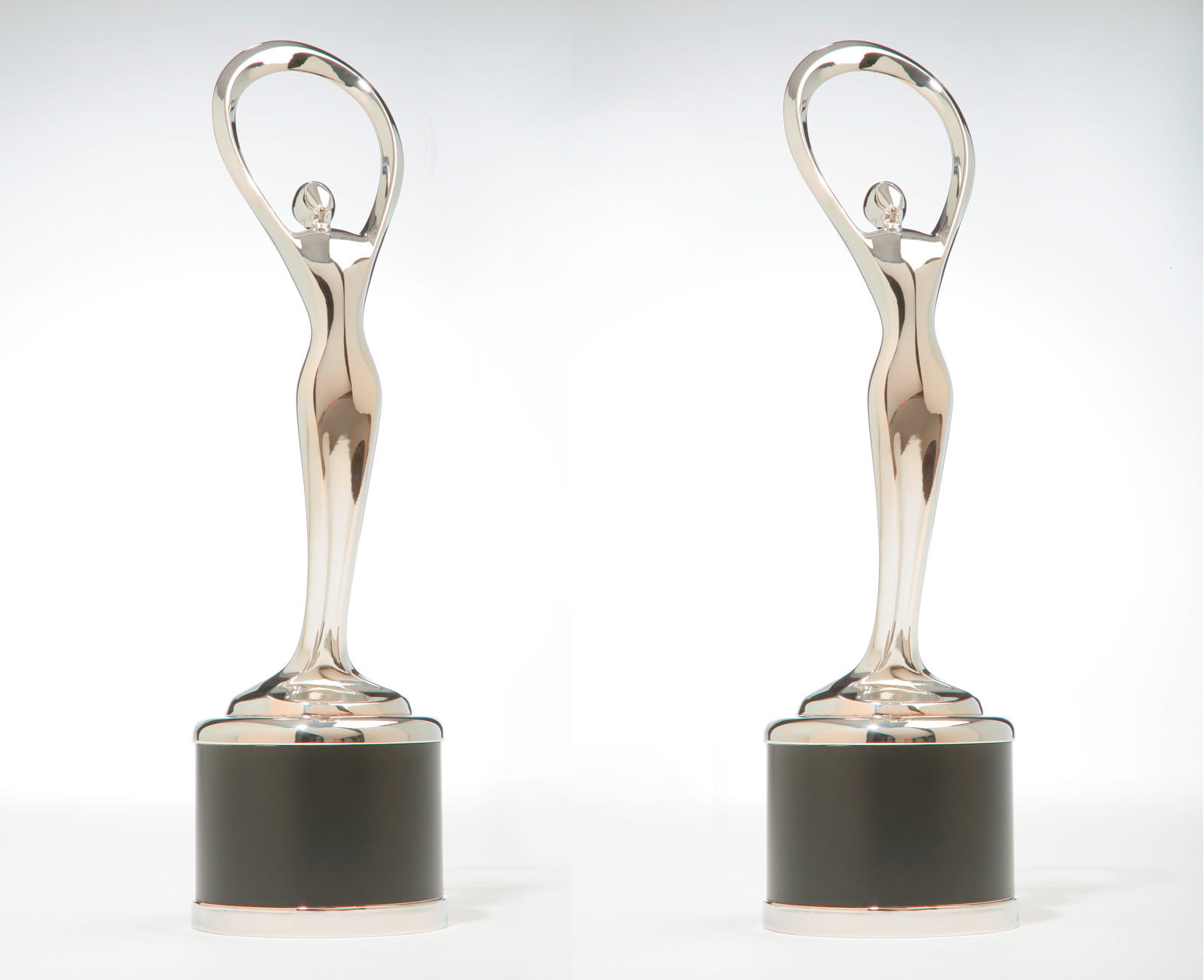 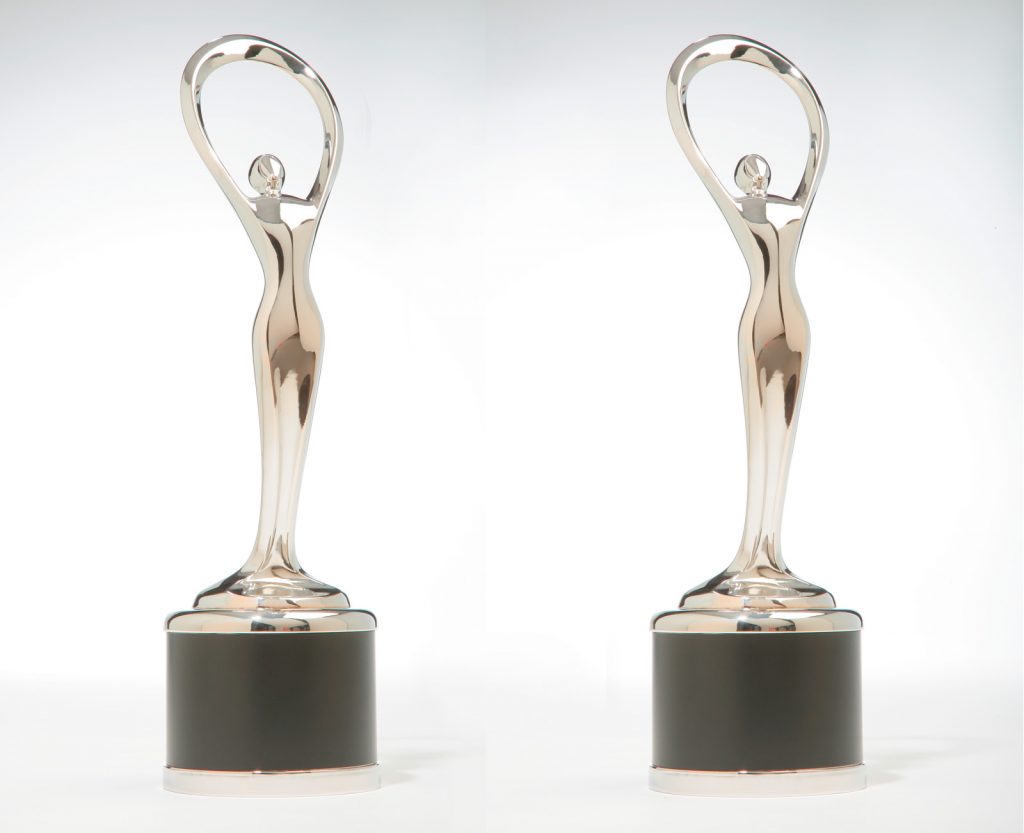 We’re happy to announce that we won two awards again this year at The Communicator Awards. We’re particularly pleased because these awards honor a body of work that we put together for two boutique law firms, one in Portland, Maine and the other in Washington, DC.

The awards were given in the category of Content Marketing for the video blog series that we have been producing for the firms Miller Friel, PLLC and H&H Law Center.

Here is a sample video blog from each.

Here’s a bit about the awards, from their website: 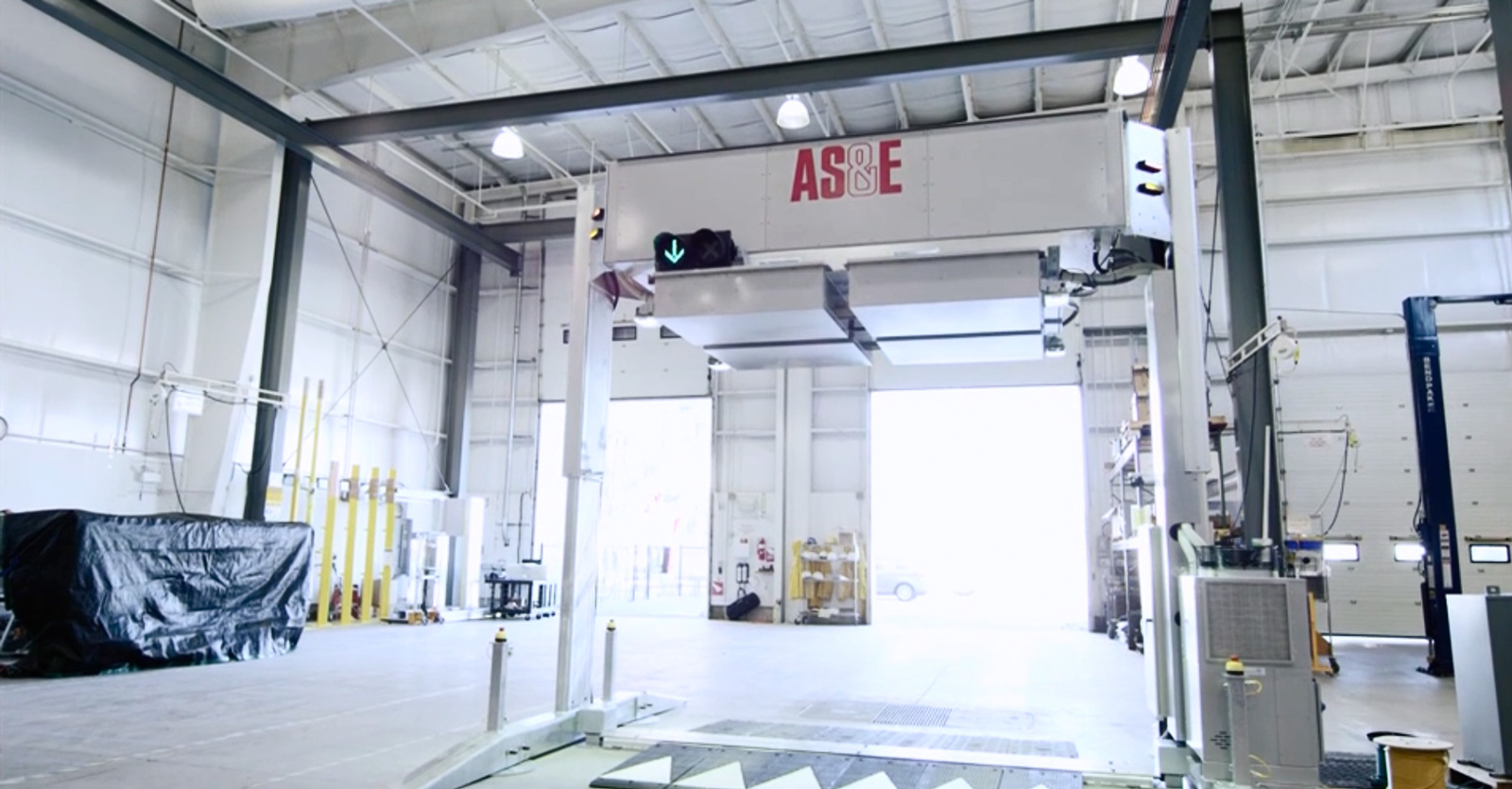 American Science and Engineering builds cutting edge X-ray technology to secure borders, ports and other high-threat facilities all around the globe. We’re proud to present this product video of one of their newest units, CarView Portal, which is a relocatable car scanner that can be used to secure special events, parking garages and buildings.

If you have any questions about our video work, or would like to talk about how Llewellyn Creative can help your business, please give us a call.

Our latest video was for The Landing School in Arundel, ME. It is the only school in the world that offers yacht design, boat building, composites and marine systems all under one roof. You will find folks of all ages, from high school graduates to people looking for a second career, all working hard to follow their passion for the marine industry.

All of us here at Llewellyn Creative, having our own personal passion for the sea, loved working on this project. It gave us an excuse to spend a day at the school learning about what projects each program was working on. We got to see composite boats getting their final touches, marine systems students taking winches apart, and wooden boat builders planking their newly designed Arundel-19s. It was a wonderful day and made us all want to leave the cameras behind and join in!

Here’s a look behind the scenes at the Kessler jib flying the Red over a banister and out over the balcony. That’s putting a lot of faith in Kessler! 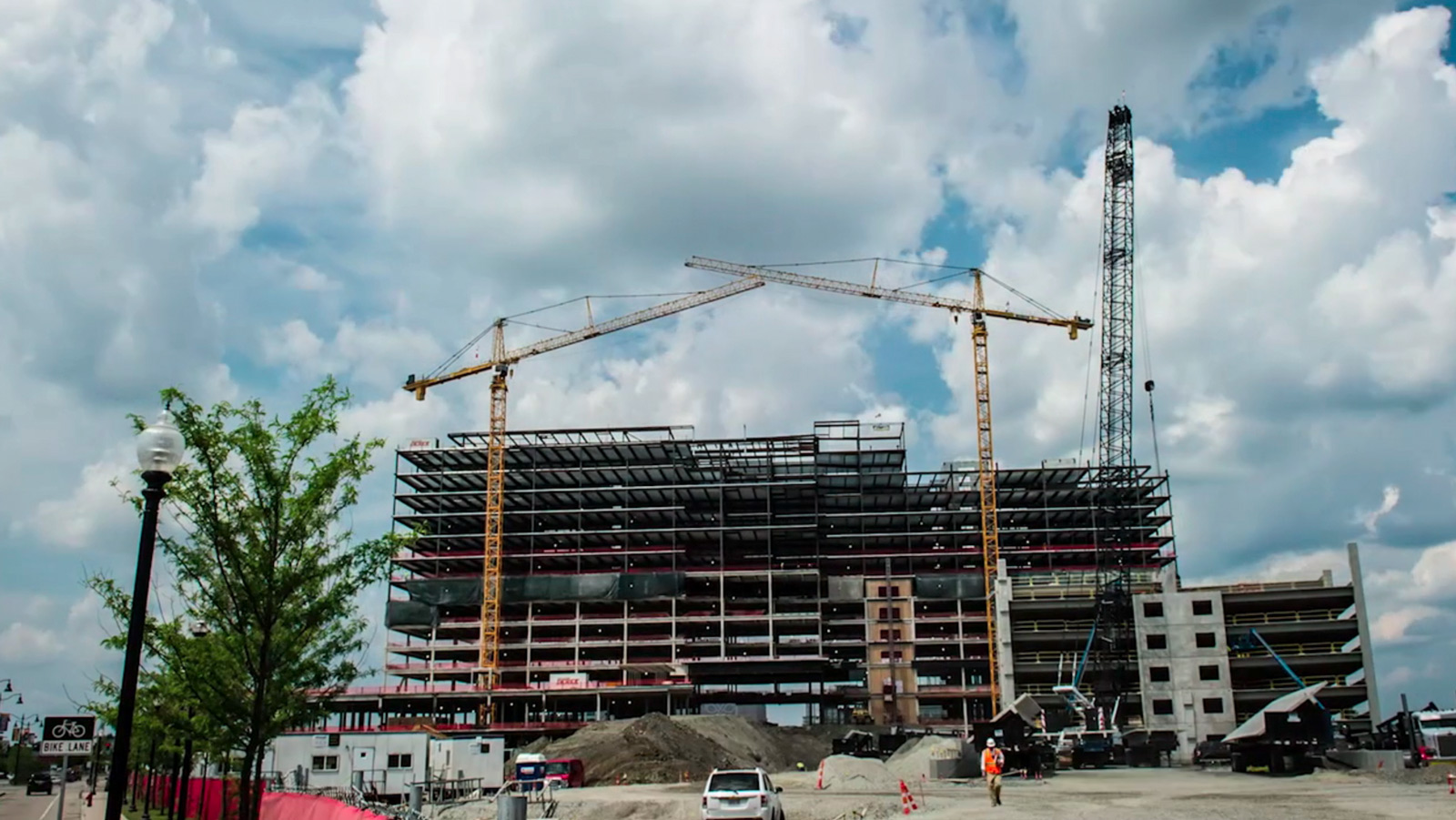 We’re proud to show this new video that we shot in collaboration with Schelter & Co. for Leggat McCall Properties (LMP) in Boston. LMP has been in the business of delivering real estate solutions for more than 50 years. As an investor and developer LMP has provided real estate services for some of the largest institutions in New England. Watch the video to learn more about LMP.

We were happy to be brought into this project by Graham Schelter of Schelter & Co.  Schelter & Co. is a creative consultancy that develops brand marketing solutions to drive differentiation and growth. For this project with LMP, Graham served as our strategist, creative director and executive producer – guiding the project from concept, to interviews, to final edit. You should check out his website to see more of his work at http://www.schelterco.com/

As videographers, this project was a great fit for us, a great chance to tell LMP’s story of fifty years of excellence in Boston. We’re excited with how well the video was produced, edited and received. 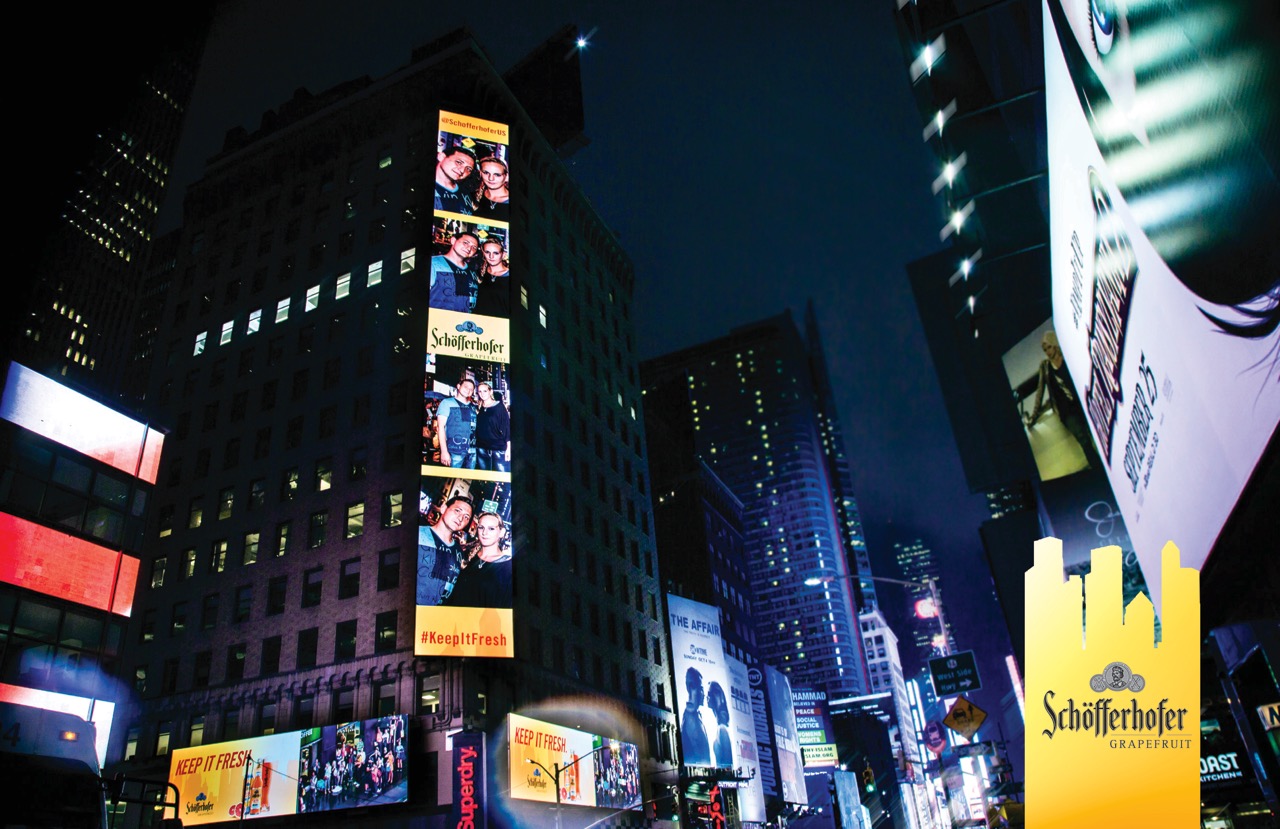 We were hired by the Radeberger Gruppe to help build awareness in New York City for their new Heffewizen Grapefruit beer, Schofferhofer.  Radeberger is the largest private brewing company in Germany, and has been staying true to its German heritage since 1872. Launching a fairly radical flavor for American audiences in Schofferhofer was a creative challenge. Interestingly, the beer is extremely well received by those who taste it, so the challenge was getting the brand in front of enough taste makers to have an impact.

Radeberger knew that billboard advertising was a logical approach to introducing the product to a market as large as New York City.  They were frustrated by both how passive and unmeasurable billboard advertising is. Our goal at Llewellyn Creative was to solve both of those problems – to make the adverting campaign engaging and to make the impact directly measurable. We knew that actionable data, combined with the life-time value of any potential new customers generated by our efforts, would make the initial investment in the pilot program well worth the associated costs. We wanted to give Radeberger both return on investment and social engagement. 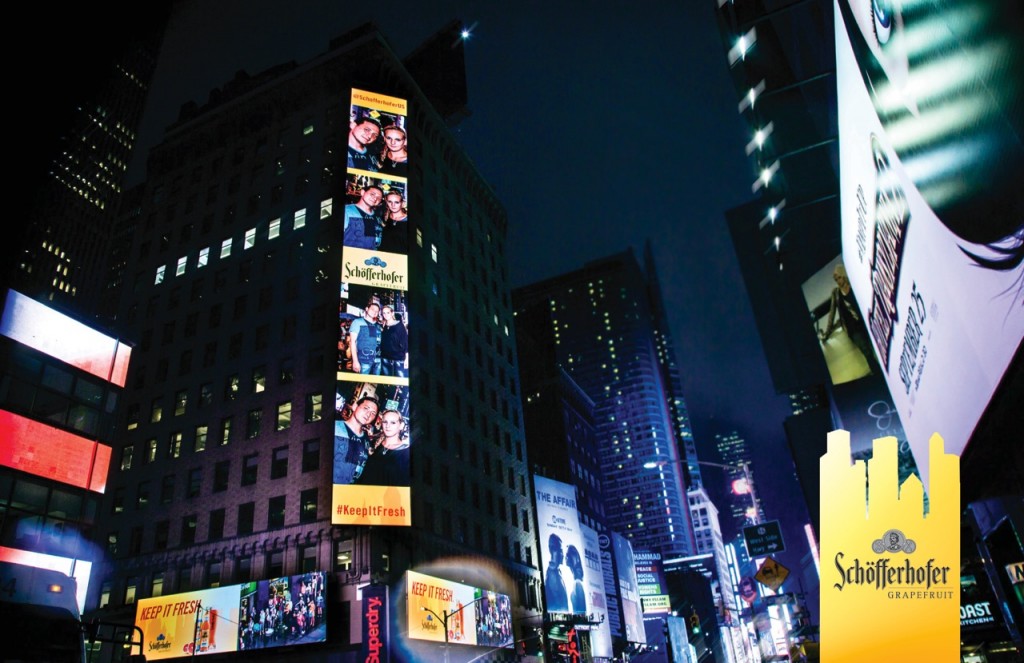 The first step was to partner with Superior Digital Displays, which has high resolution digital billboards throughout Times Square. We chose to run this campaign on their Triple Play boards on the corner of 7th Ave & 49th St. The central blade is 130 feet tall, and is flanked by two horizontal 52 foot wide displays. We knew that with their digital billboard systems they could live stream any website onto their billboards. So we built two custom websites that we could update from the street.  Our plan was to photograph people on the street, in the heart of Times Square, and have their portraits go straight up to the digital billboards for them to see, take photos of on their phones, and share with their friends on social media. We served them up an unexpected moment of celebrity, and they shared their pictures and the Schofferhofer brand with all of their friends. What could have been a passive glance at a billboard became a Facebookable moment. 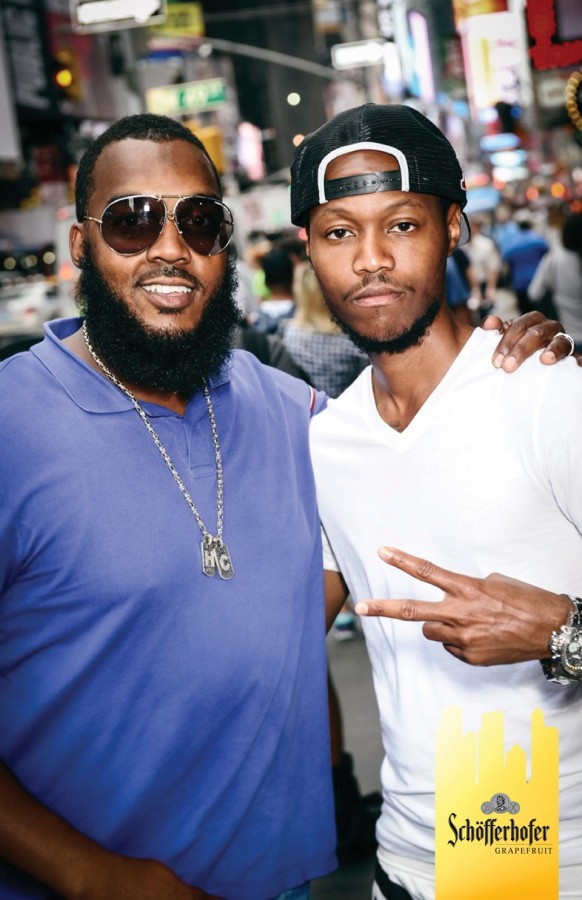 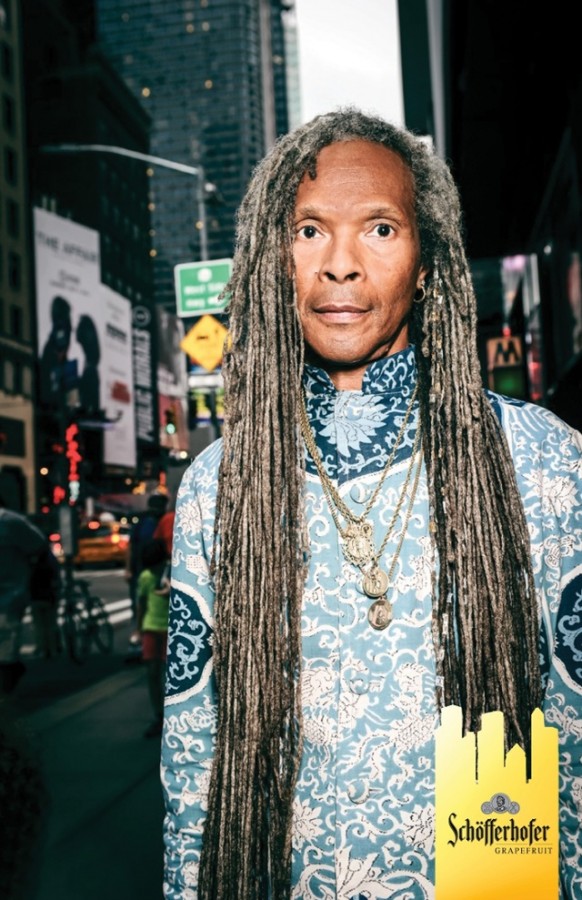 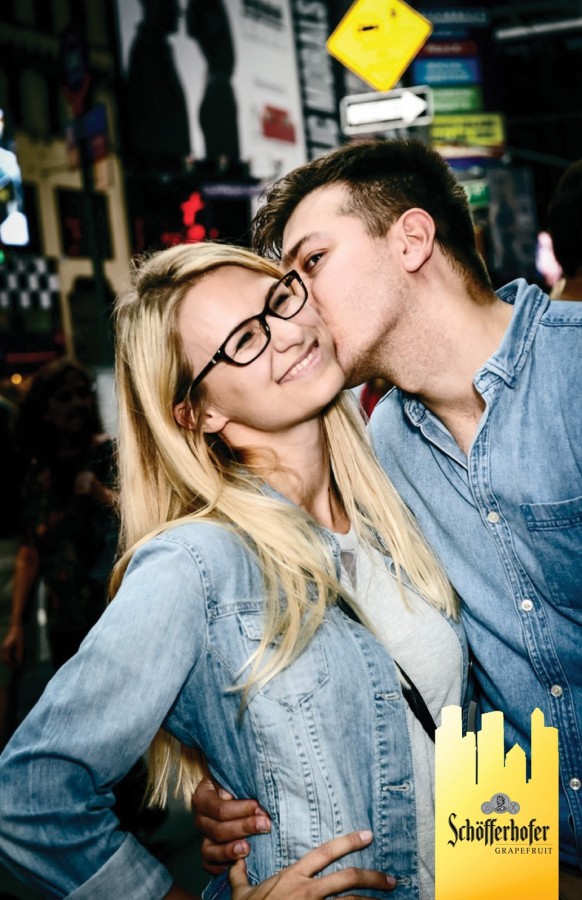 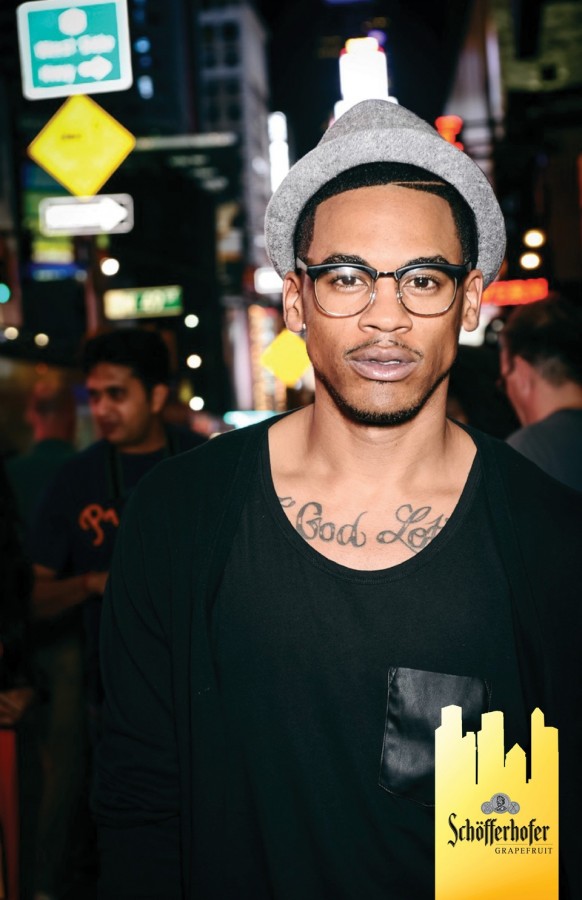 Want To Learn More About The Details?

That is the 40,000 foot view, but details that went into making the campaign as successful as it was are interesting from a logistical point of view. The main event was the photography live in Times Square, but leading up to that we softened the ground by creating a teaser billboard campaign that had a live countdown to the street promotion. We also partnered with local bars that were featuring Schofferhofer, photographing their staff and promoting them on the billboards weeks leading up to the shoot. The week of the shoot we had promotions in each of these bars as well pushing the Times Sq street promo.

Here’s a sample of the teaser creative running on one of the horizontal billboards.

The night before the street promotion began, we set up a photo studio on the roof deck of a midtown bar and took photos of patrons, photo booth style. We uploaded those photos immediately to our custom built websites that were streaming live on the billboards a few blocks away in Times Square. We had another photographer in the square photographing the billboards as the portraits were shown. The photographer’s assistant uploaded his images to a second web site that we built that we had live streaming in the bar. The result was that a patron could have her portrait taken on the roof deck, and within minutes she could see a picture of herself live in Times Square on a 130 foot billboard on all the TVs in the bar. 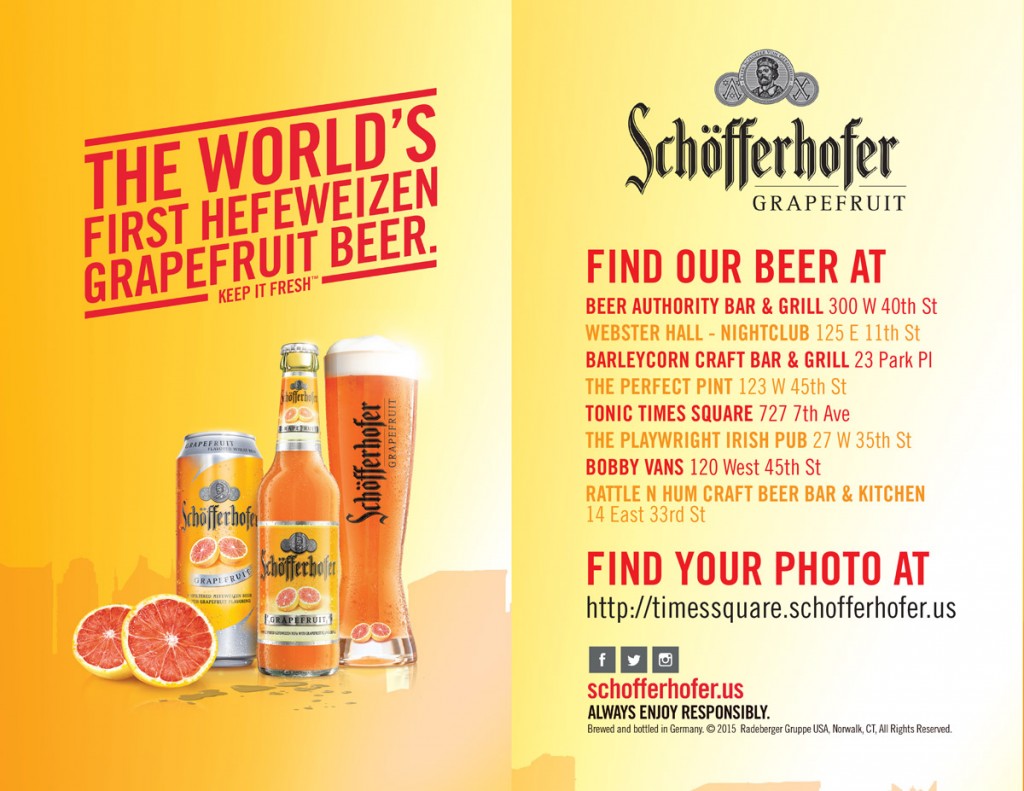 The flyer handed out by the street team.

The actual street promotion lasted three nights. We hired a street team of models to help encourage passersby to get involved and handout giveaways and a list of participating bars. To further draw attention to the spectacle, we had a live feed 4k camera mounted on the billboard that streamed the whole scene on two horizontal billboards in real time. Over the course of those three nights, despite some inclement weather, we photographed 780 people and put them up in the square. We also continued to have our second photographer document each rotation of the billboard. Those photographs were put into galleries on a third website that we built, and our street team handed out flyers with the unique URL that participants could visit to download the photograph of themselves up on the billboard to share on social media. Of the 780 people we photographed, we had 258 unique users to the site in the days after the event.

The beauty of this promotion was that it was engaging and measurable. Between the microsite and the social media traffic we could get a much more accurate representation of the impact of the billboard, and we could give Radeberger an idea of how effective the campaign could be beyond it’s pilot stage.